And suddenly, just like that we have a three year old! And a pretty cute one at that. Of course I realize as his Mommy my opinion is somewhat biased but seriously is he not the cutest?! 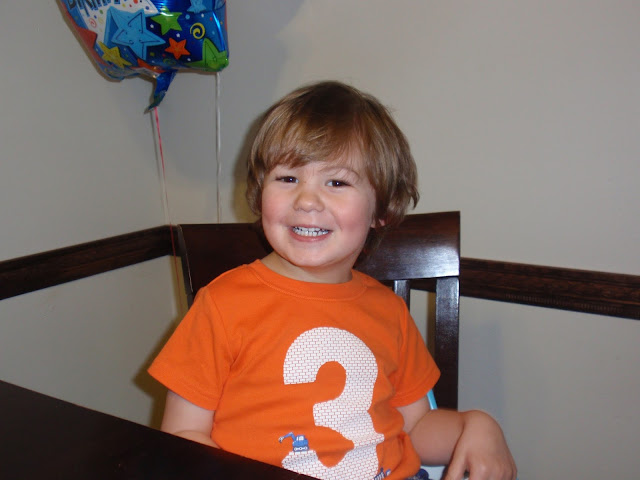 Taking pictures was as challenging as normal. He wasn’t at all interested in sitting still so I could get a decent picture. Moments like these are when it’s lucky he’s cute! 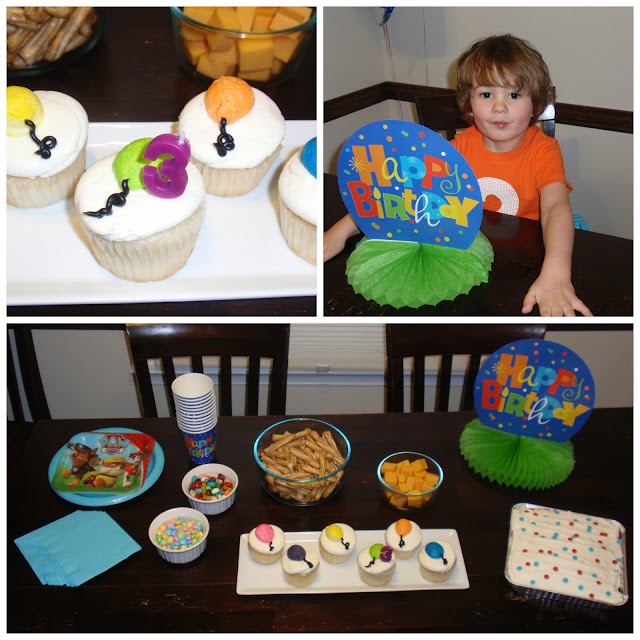 He’s also not a fan of having happy birthday sung to him. And really overall disliked being the center of attention. I mean, it’s ok when it’s on his terms but he didn’t even eat cake until everyone had left. 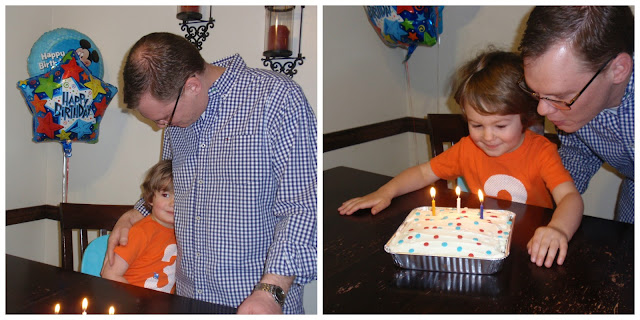 Being the little goober that he is! 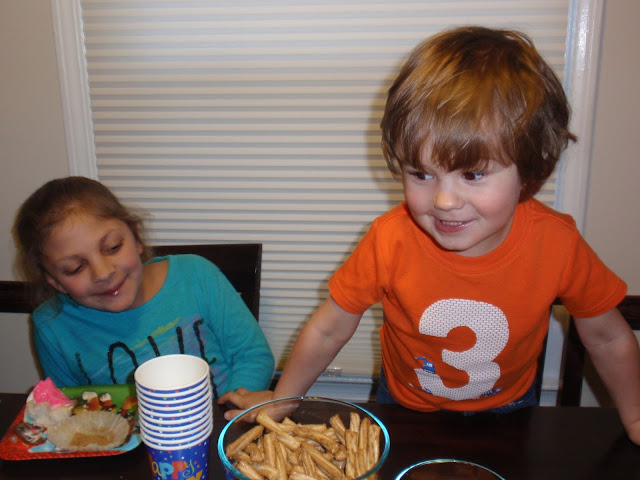 I *think* he had fun opening his presents. He just jumped from one thing to another. Basically he had a 1.9 second attention span. It’s not worth getting him to many presents because it takes forever for him to open them(in turn driving me crazy!). 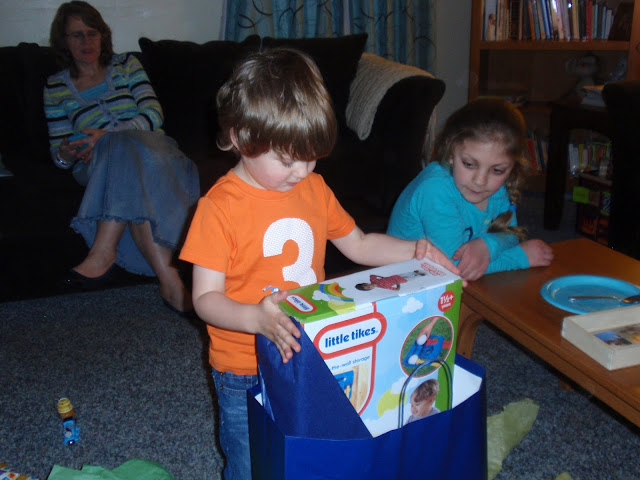 He got some great new toys that should hopefully keep him occupied for awhile. Hopefully he’ll grow with the train table and have hours of fun playing with it!! 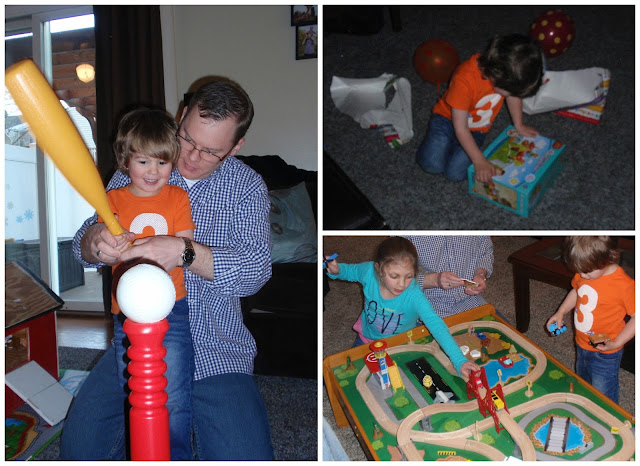