I am kicking off the new beginnings of my Simply Your Sunshine website with a fantastic essential oil giveaway! Fantastic because right now you can't buy this product. The only way you can get it is free with a $200 purchase.

What is Essential Shield?

Essential Shield is a brand new, exclusive, limited-time-only essential oil blend. Essential Shield is a terrific topical for winter weather and changing seasons. It contains pure essential oils of clove, cinnamon, thyme, eucalyptus, grapefruit, lavender, rosemary and peppermint.
Essential Shield oil blend helps eliminates airborne pathogens, supports immune function, prevents colds, sore throats and influenza, inhibits MRSA and other antibiotic-resistant staph bacteria, stops growth of viruses and bacteria and aids in mold inhibition. I currently use a shield type blend mixed with a carrier oil to apply to my little boys feet at night to help ward off winter germs. You can use it in DIY hand sanitizers and hand soaps. So many uses for one oil!!

After discovering that many suppliers sell essential oils of mediocre quality in order to save on production costs, Nature’s Sunshine resolved to use only premier sources of genuine and complete essential oils. They have single oils, oil blends and some accessories.

So don't delay - enter the giveaway and share with your friends!! Giveaway ends February 1st at midnight! Current Nature's Sunshine members are not eligible to enter(sorry!). Oh and one of the entries is to leave a comment telling me about a Nature's Sunshine product you'd like to try. Check them out here! 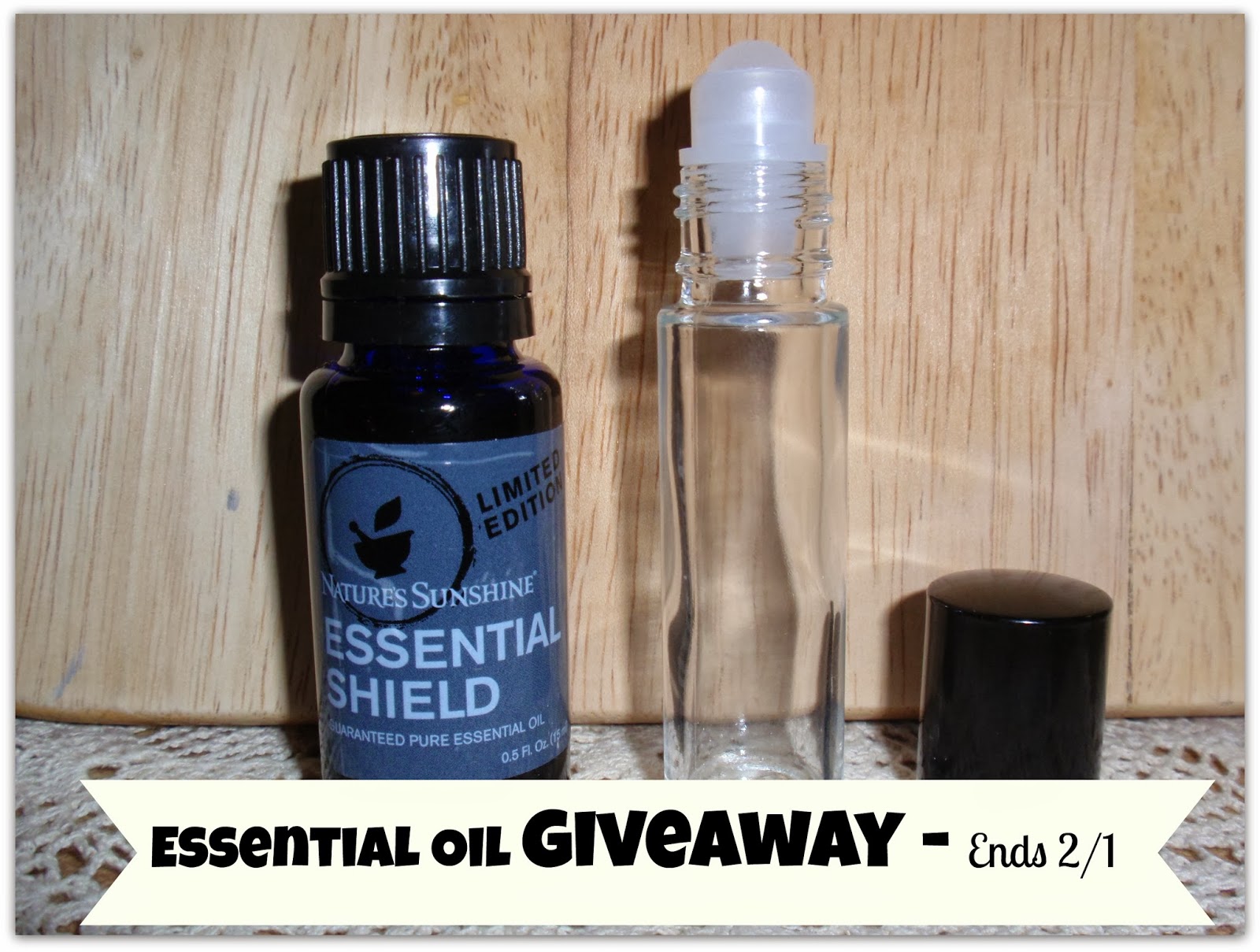 a Rafflecopter giveaway
Posted by Melissa at 7:34 PM 15 comments: 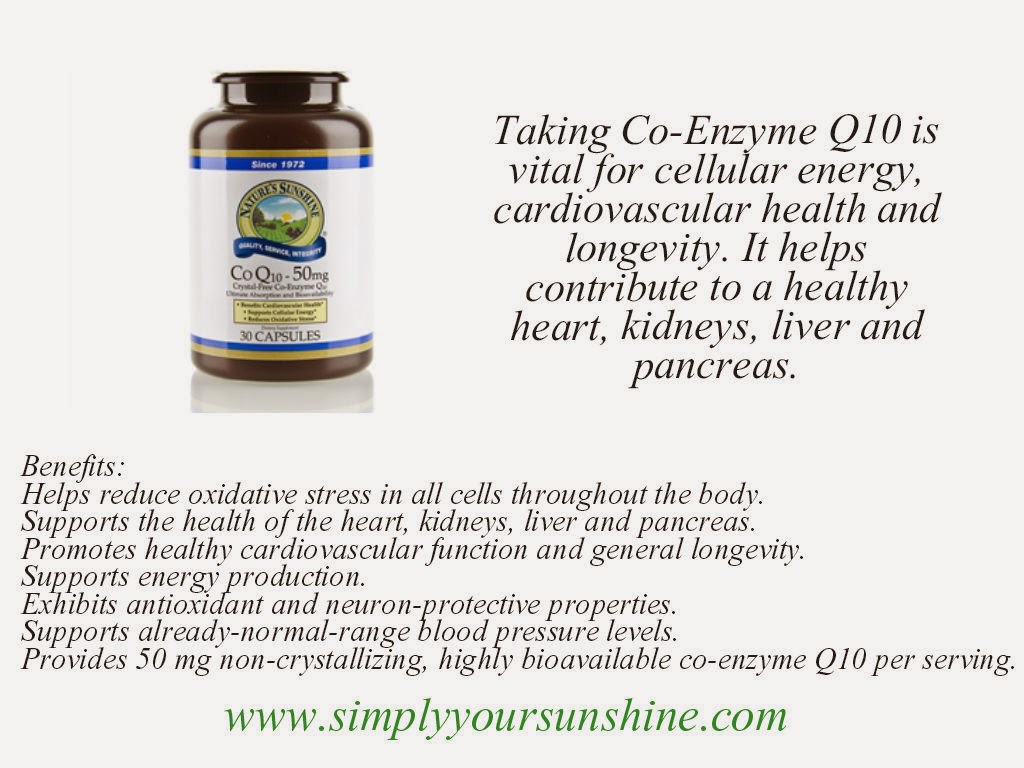 Co-Q10 is a vitamin-like substance present in every cell in the body. It is vital for cellular energy, cardiovascular health and longevity. Co-Q10 is required for energy production in the mitochondria of the cell where carbohydrates and fatty acids are converted into energy (ATP). This energy-making process fuels most metabolic processes. As an antioxidant, Co-Q10 scavenges free radicals, reducing oxidative stress on cells throughout the body. It protects cardiac cells, prevents lipid oxidation and promotes the regeneration of vitamin E, another antioxidant. Co-Q10 especially contributes to the health of the heart, kidneys, liver and pancreas. It also supports already-normal-range blood pressure levels.

Co-Q10 material is often marketed in a crystalline state, which is less-absorbable by the body. Nature’s Sunshine uses a patented lipid blend to keep Co-Q10 from crystallizing, and it yields maximum bioavailability. A double-blind human clinical trial showed that this form of Co-Q10 was at least eight times more readily absorbed by the body than competing (crystalline) products.

Posted by Melissa at 7:55 PM No comments:

How Soda Impacts Your Health

I knew there was a reason I *rarely* drink soda. This might help convince you to do the same! 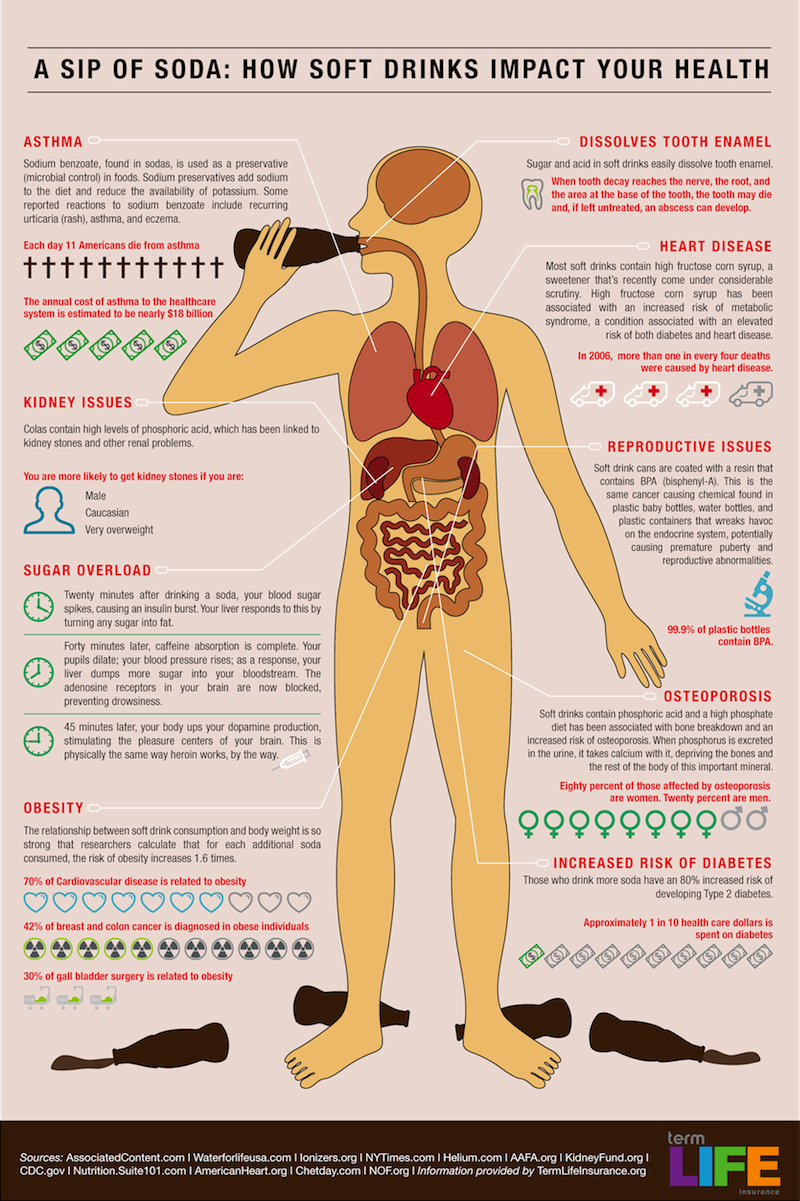 Via Term Life Insurance
Asthma - Consumer Media Network first tackles the problem of Asthma. Sodium benzoate, found in sodas, us used as a preservative in foods. Sodium preservatives add sodium to the diet and reduce the availability of potassium. Some reported reactions include recurring rash, asthma and eczema. Each day, 11 Americans die from Asthma, and the annual cost of asthma to the healthcare system is estimated to be nearly $18 Billion.

Dissolves Tooth Enamel - Sugar and acid, which is prevalent in soft drinks, is a nasty, two-punch combination that dissolves tooth enamel. Many dentist chairs have been filled with soda-drinking mouths.

Heart Disease - Many people associated weight gain and diabetes with soft drinks. But heart disease can be a devastating symptom from drinking too much soda. Most soft drinks (especially in the United States) contain high fructose corn syrup, a sweetener that's recently come under considerable scrutiny. High fructose corn syrup has been associated with an increased risk of metabolic syndrome, a condition associated with an elevated risk of both diabetes and heart disease.

Kidney Problems - Colas contain high levels of phosphoric acid, which has been linked to kidney stones and other renal problems.

Sugar Overload - Twenty minutes after drinking a soda, your blood sugar spikes, causing an insulin burst. Your liver responds to this by turning any sugar into fat. Forty minutes later, caffeine absorption is complete. Your pupils dilate, your blood pressure rises; as a response, your liver dumps more sugar into your bloodstream. The adenosine receptors in your brain are now blocked, preventing drowsiness. Forty-five minutes later, your body ups your dopamine production, stimulating the pleasure centers of your brain. This is physically the same way heroin works, by the way.

Osteoporosis - Soft drinks contain phosphoric acid. A high phosphate diet has been associated with bone breakdown and an increased risk of osteoporosis. When phosphorus is excreted in the urine, it takes calcium with it, depriving the bones and the rest of the body of this important mineral.

Obesity - The relationship between soft drink consumption and body weight is so strong that researchers calculate that for each additional soda consumed, the risk of obesity increases 1.6 times.

Increased Risk of Diabetes - Those who drink more soda have an 80% increased risk of developing Type 2 diabetes. Approximately 1 in 10 health care dollars is spent on diabetes.

Think twice before you grab that soda. Reach for a glass of water instead!

*From the Nature's Sunshine archives* The health of your intestinal system may also represent the health of your entire body. Every nutrient first has to be digested and passed through the intestines before it can make it to the other organs. The stomach and intestines are often the first line of defense for your immune system, too.Nature's Sunshine has plenty of supplements for the intestines. But to make things a bit more clear, we put this graphic together below to help you understand 8 of them and how they could help your intestinal health: 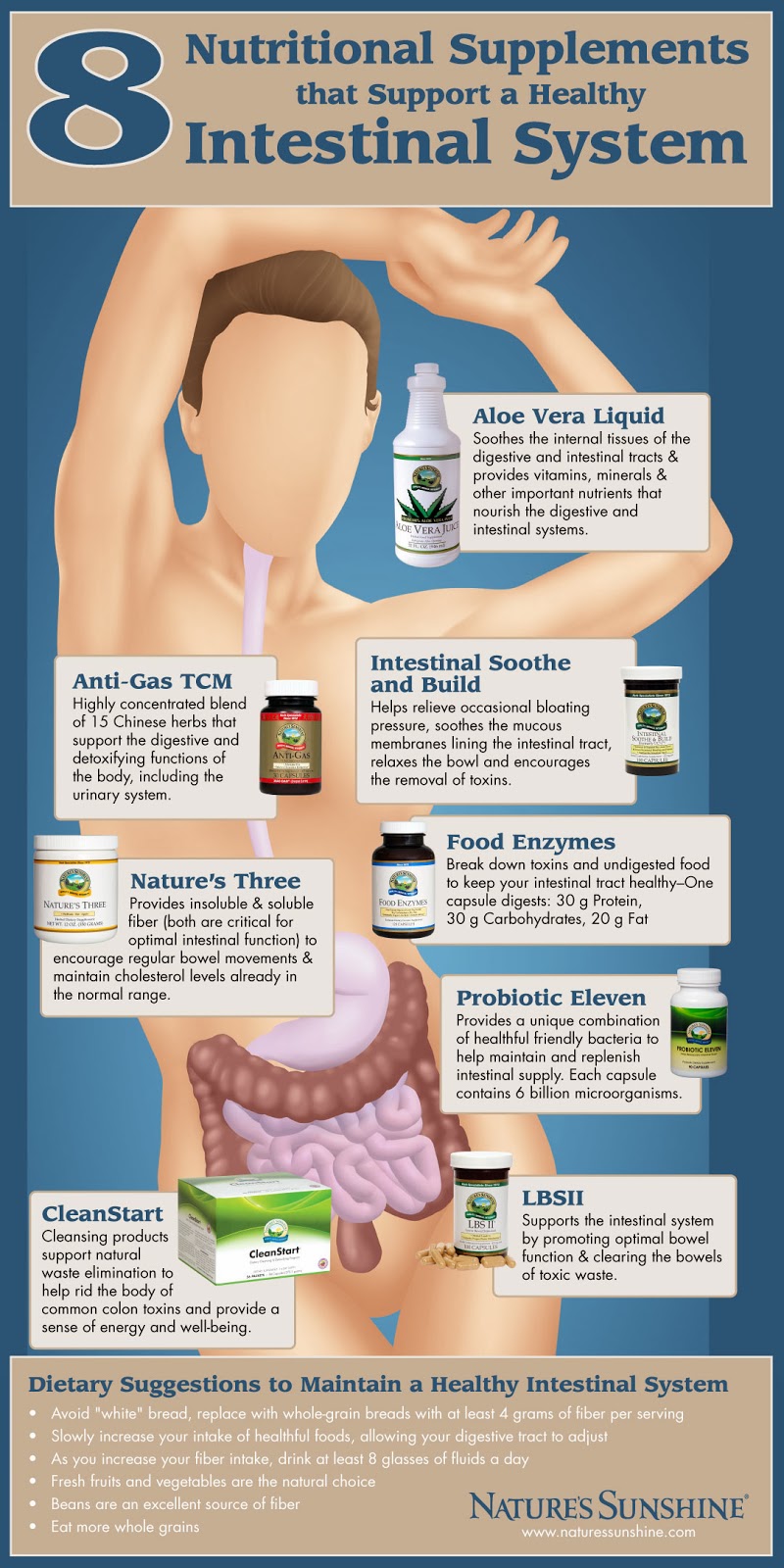 Save up to 18% on Garcinia Combination! 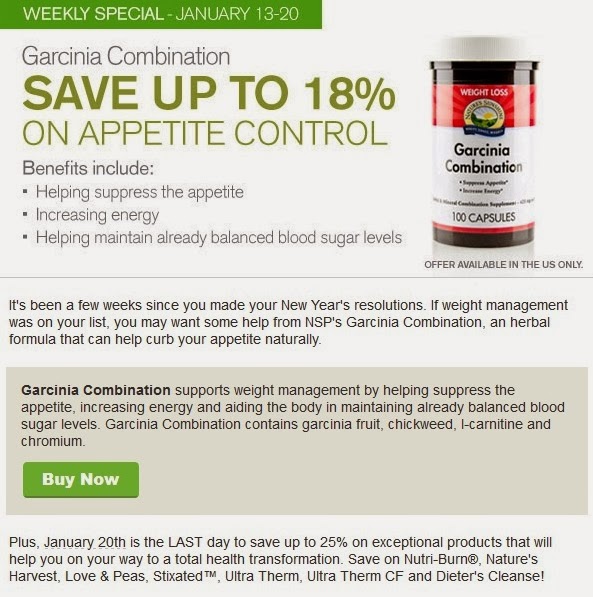 Click the picture below for more Nature's Sunshine products!

Posted by Melissa at 6:35 PM No comments:

Nature's Sunshine has two great products to help you and your family make it through the winter cold and flu season. Immune Stimulator for adults and Elderberry Immune for children. You can't go wrong with either of these products and the benefits they offer!! 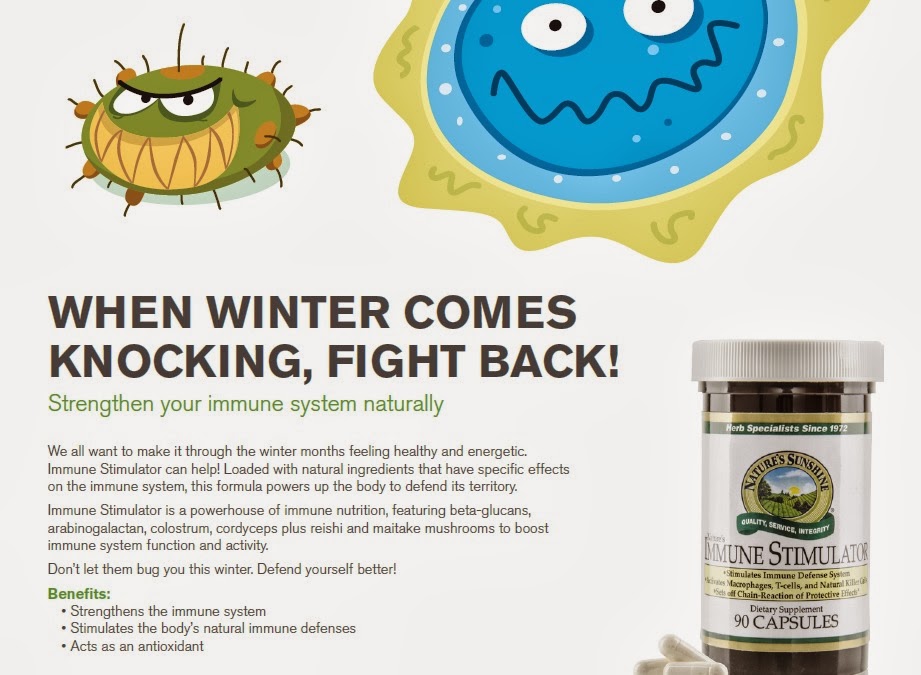 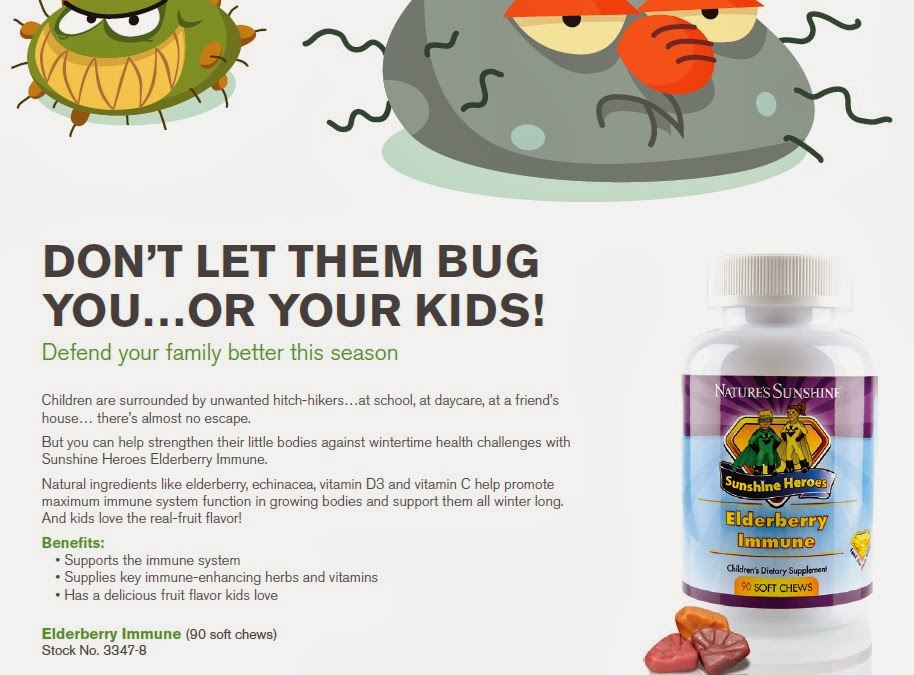 Don't forget - you get a free years membership with a $40 purchase. If you have any questions please ask me!! Shop for these products at www.naturessunshine.com

I don't know about you but I LOVE smoothies!! Especially

during the hot days of summer. So when I ran across this article I knew I had to share it! Perfect tips for how to create a healthy smoothie. Yummmm... 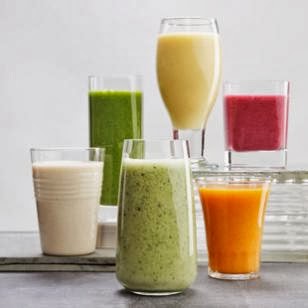 Whether you enjoy smoothies for breakfast, a snack or even dessert, they’re a great way to increase your daily servings of fruits and vegetables. But depending on the ingredients they’re made with, smoothies can quickly turn into unhealthy calorie-bombs filled with sugar and saturated fat. The healthiest way to enjoy a smoothie is to make your own so you know how much of and what foods you are getting. Wondering how to make a smoothie? A good smoothie should contain a blend of ingredients with protein and fiber to help keep you full and provide antioxidants, vitamins and minerals. By —Breana Lai, M.P.H., R.D. 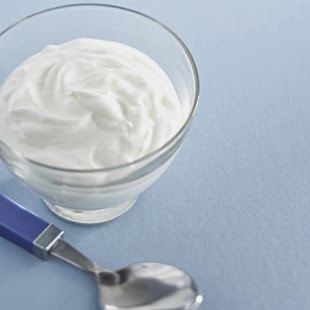 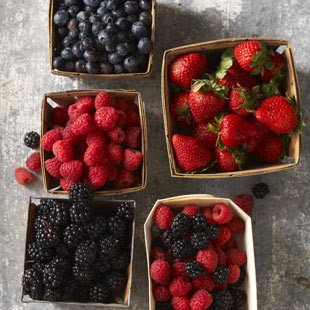 7 Herbs For The Gallbladder 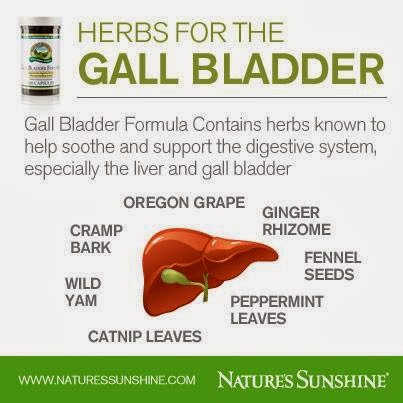 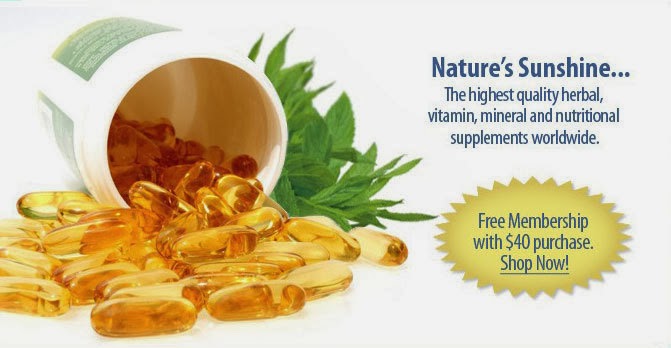 Drinking Nature's Harvest is a super nutritious way to start your day!! 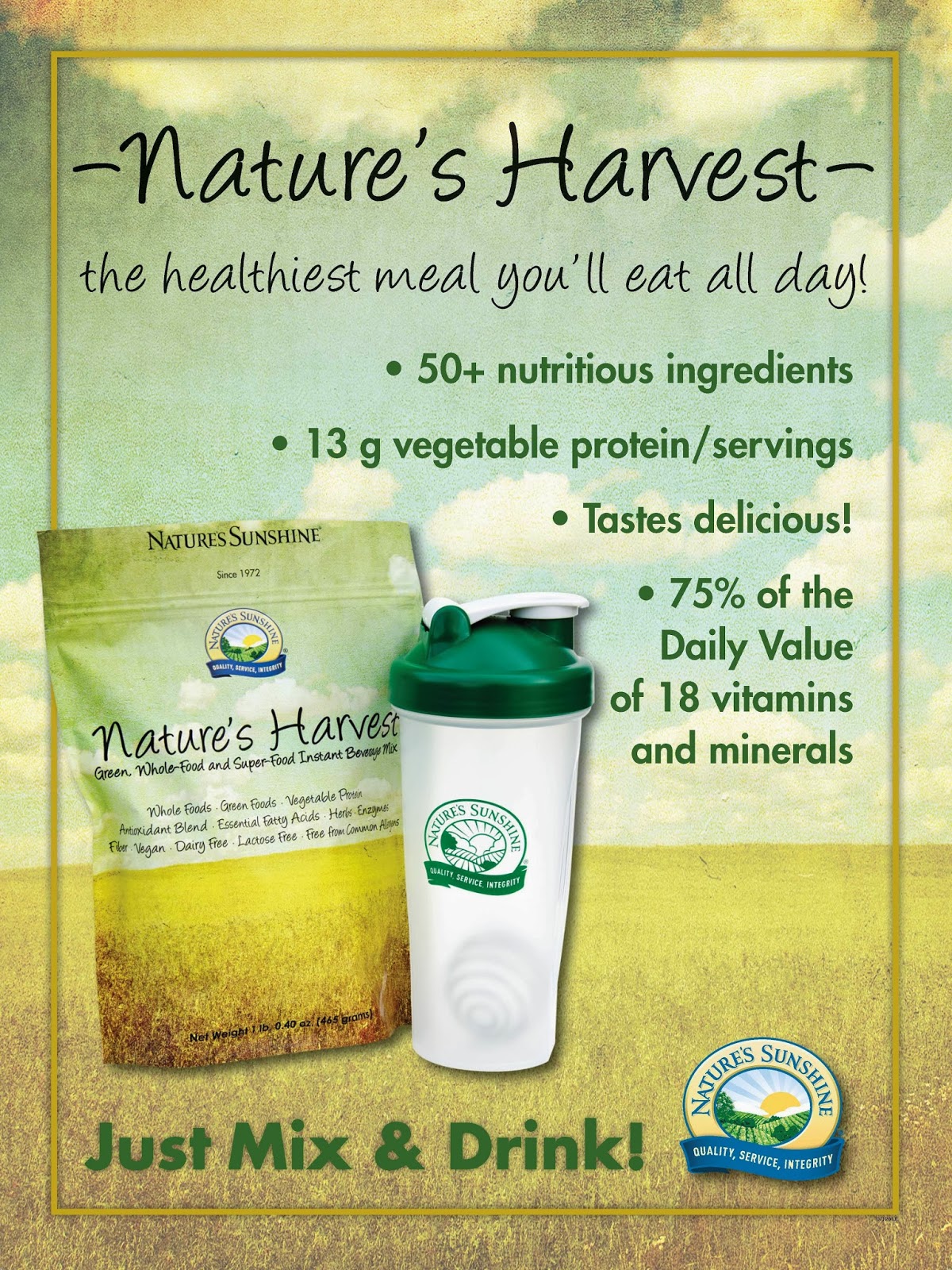 Don't forget your getting a yearly membership is easy!!

Posted by Melissa at 6:43 PM No comments: 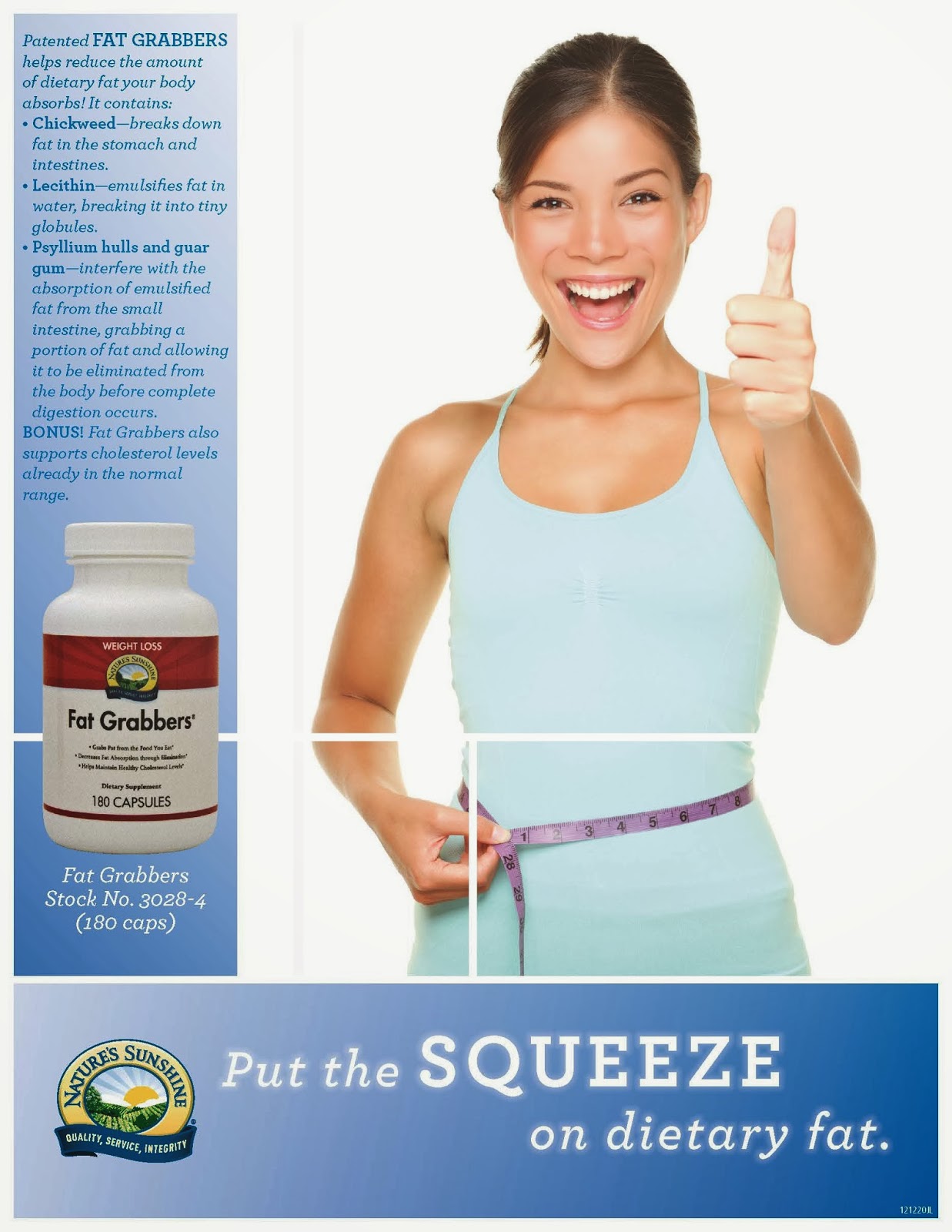 Research conducted in our laboratories has verified many other in vitro experiments performed at independent laboratories that lecithin saponins emulsify fat in aqueous media. The logical extension of this observation to the small intestines is assumed through scientific precedent. The fat-binding properties of fiber from guar gum and psyllium hulls interfere with the absorption of the emulsified fat from the small intestine. The bound fat molecules are then eliminated.
Unlike some other types of fiber, guar gum does not affect mineral absorption. However, this fiber does slow down sugar absorption, which helps to maintain blood sugar levels already within the normal range. It also swells with fluid intake, promoting a feeling of satiety.

Posted by Melissa at 4:01 AM No comments:

So here I am headed into day three of doing my best to eat better and exercise. It's going ok. My belly is growling as I type. If I was asleep(which I will be soon) I wouldn't know that though. ;-) I think the first week of healthy eating is easy. After it's over things get harder. I did allow myself to have some sweets both days(and probably will continue to do so). I didn't however eat anything that I hadn't planned on...like all the cookies that showed up at work today. I have a HUGE sweet tooth so it's hard to say no. But I won't loose this weight unless I do. Oh and I've been getting in 20 minute walks daily. That's about all I can manage right now. And since it's bedtime I'll leave you with the below common sense tips on weight management! 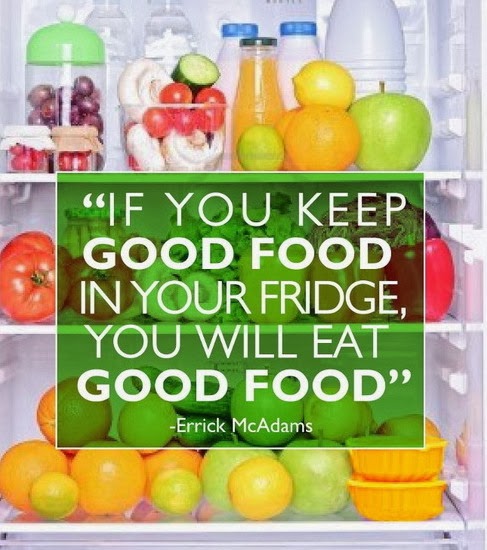 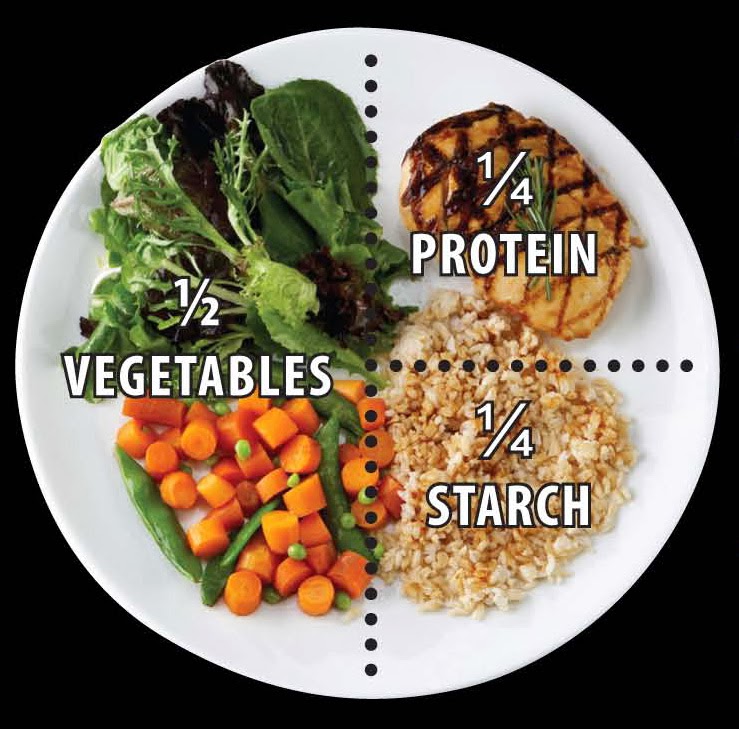 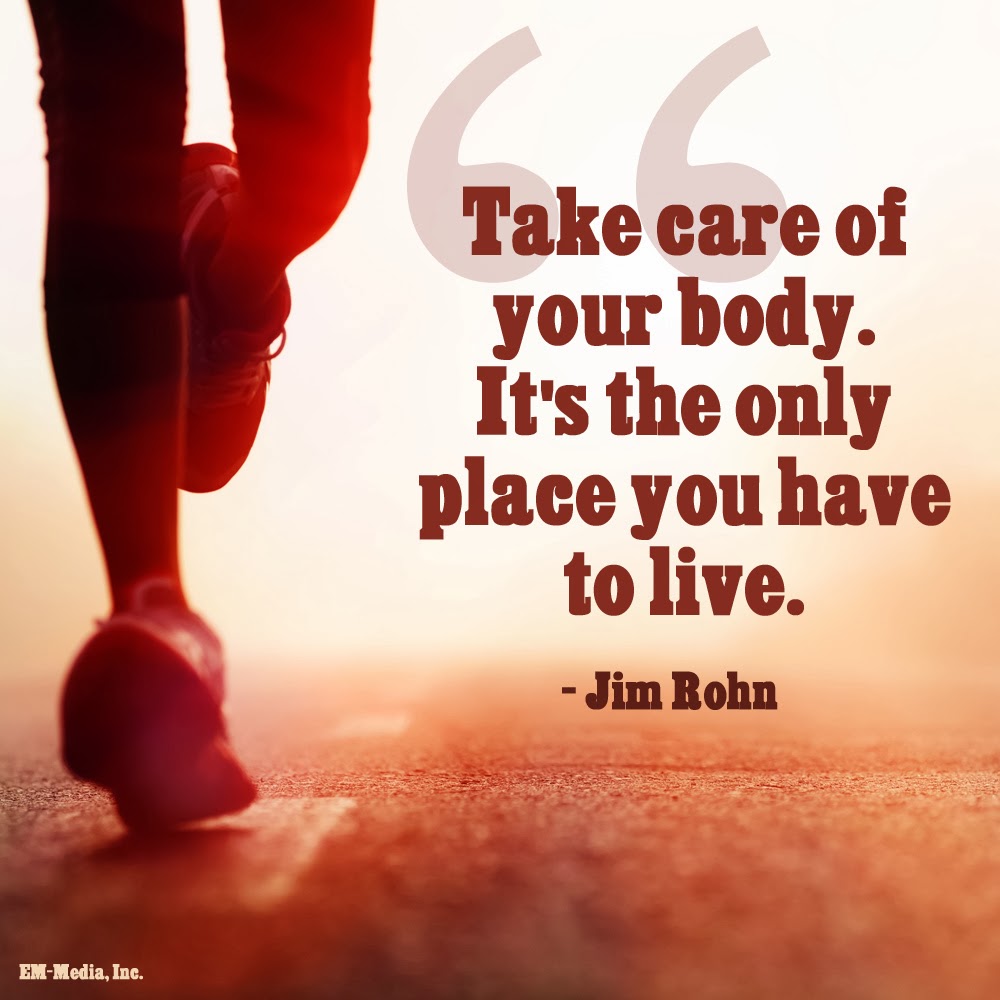 Posted by Melissa at 7:40 PM No comments: 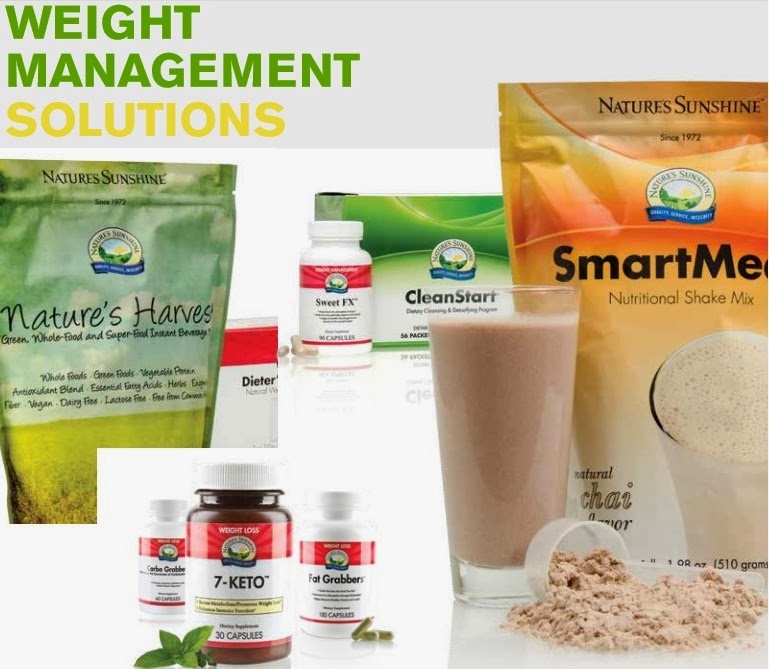 THE NSP WEIGHT
MANAGEMENT PROGRAM
THE MOST BALANCED APPROACH TO SUCCESS!
A holistic weight management program that supports the body from every angle!

STEP 2. ESSENTIAL NUTRITION
Meal replacements help you regulate calories while maintaining nutrition levels. Replace one or two meals a day with a quality protein shake mix. For those who want more help with diet, check out our easy-to-follow, flexible Essential Foods Meal Plan, designed for maximum daily nutrition with fewer calories.
Choose one or more. Mix with water to replace at least one meal a day:

SMARTMEAL
Provides 15 grams of protein per serving, essential amino acids plus 35% of the recommended Daily Value for 18 vitamins and minerals in one delicious, healthful drink
NUTRI-BURN
Meets your nutritional needs while promoting lean muscle mass and fat burning through its patented protein matrix of premium-quality lactose-free whey protein (25grams/serving)
NATURE’S HARVEST
Delivers 13 grams of vegetable protein from nutrient-dense plants, fruits and herbs,making it not only healthful and energizing, but vegan, dairy-free and lactose-free

STEP 3.INCREASE CALORIE BURN
ULTRA-THERM
Features green coffee bean extract, a sustained-release caffeine blend and green tea extract to rev up your metabolism
ULTRA-THERM CF
Jump-starts metabolism and breaks down fat with a proven caffeine-free herbal blend
CURB APPETITE
STIXATED
Helps curb hunger, stave off cravings and keep you satiated. Add to any bottle ofwater and shake.
ADDITIONAL PRODUCTS
Find support for stress and emotional challenges that can thwart weight management efforts. Select the product(s) that will best help you achieve your goals.
SWEET FX
Helps boost mood and calm occasional anxiousness. It also helps block the complete absorption of sugar from the foods you eat.
NATURE’S CORTISOL FORMULA
Features Relora, which helps the body manage stress and maintain cortisol levelsalready within the normal range. It also contains DHEA, a hormone precursor that interacts with the adrenal glands, which may in turn affect cortisol production. Another key ingredient, l-theanine, also supports the body during times of stress. Our quality, proven ingredients are orchestrated to influence all of the major physiological and psychological factors critical to long-term success. Our products support the body’s efforts to balance and maintain healthful weight.

Posted by Melissa at 6:42 PM No comments: