Time To Lose The Baby Weight 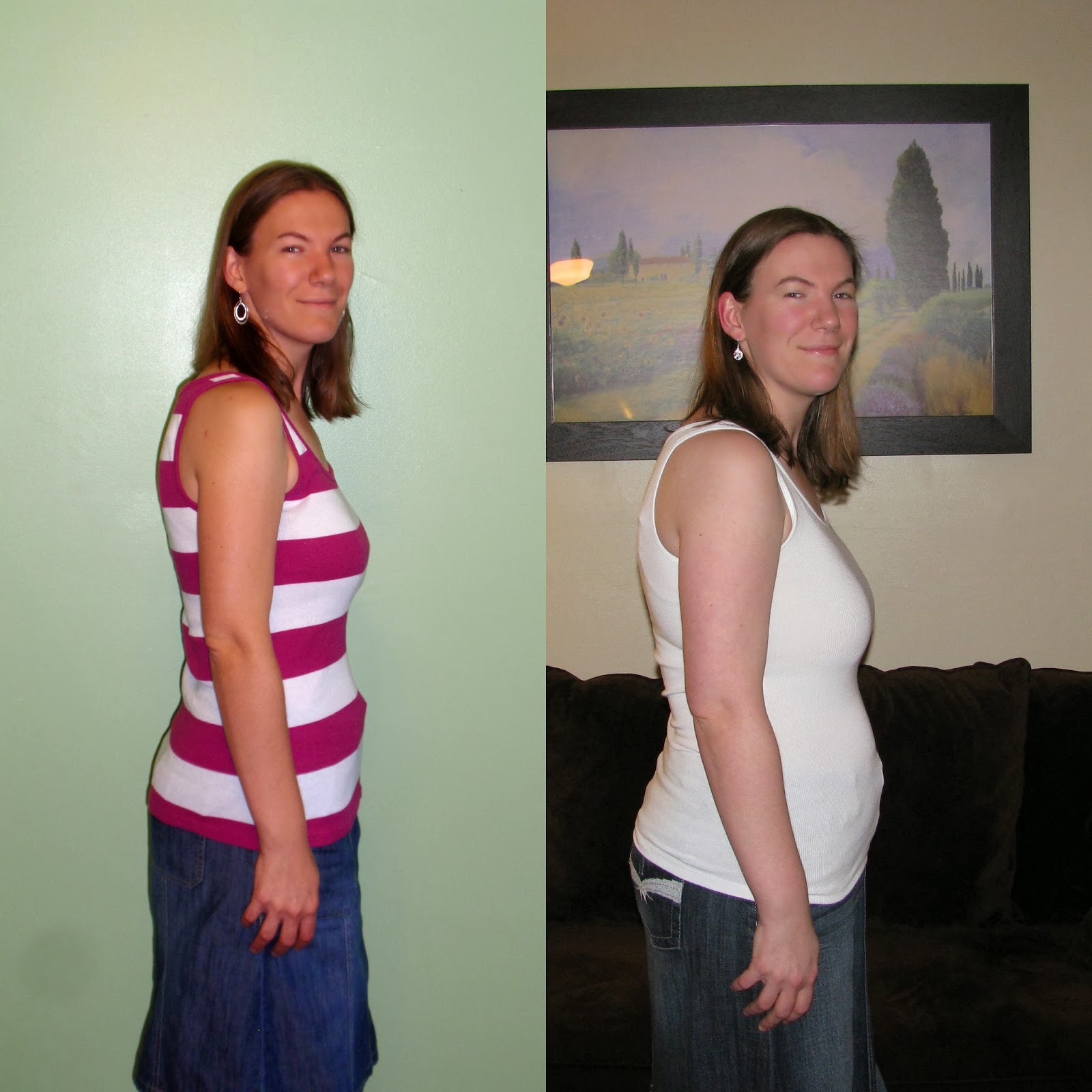 Yes, this is me. Me being brave and sharing this picture with everyone. The one picture was July of last year. I was 4 weeks pregnant. The second picture is me just taken days ago. 9 months postpartum and 23 pounds heavier. Fuller face, fuller arms, fuller everything!

So I had all kinds of ideas of how I would handle pregnancy and how I would only gain the recommended 25-35 pounds. After all the average woman only needs to eat about 300 calories more than normal when pregnant. Didn't sound that difficult.

But then pregnancy happened. And the all day nausea. And when you work full time you can't sleep away some of those looong miserable hours. So for the first 12-14 weeks I munched on carbs by the hour. They made my desk job tolerable. And they piled on the weight gain. For awhile I was gaining a pound a week. By week 20 of pregnancy I had gained 20 pounds. I was also feeling tons better and was walking pretty much every day. At this point my only craving was cheese. And cheese I ate. Lots and lots of cheese. And I also proceeded to gain another 35 pounds. YIKES!! So yeah I gained 55 pounds during pregnancy. 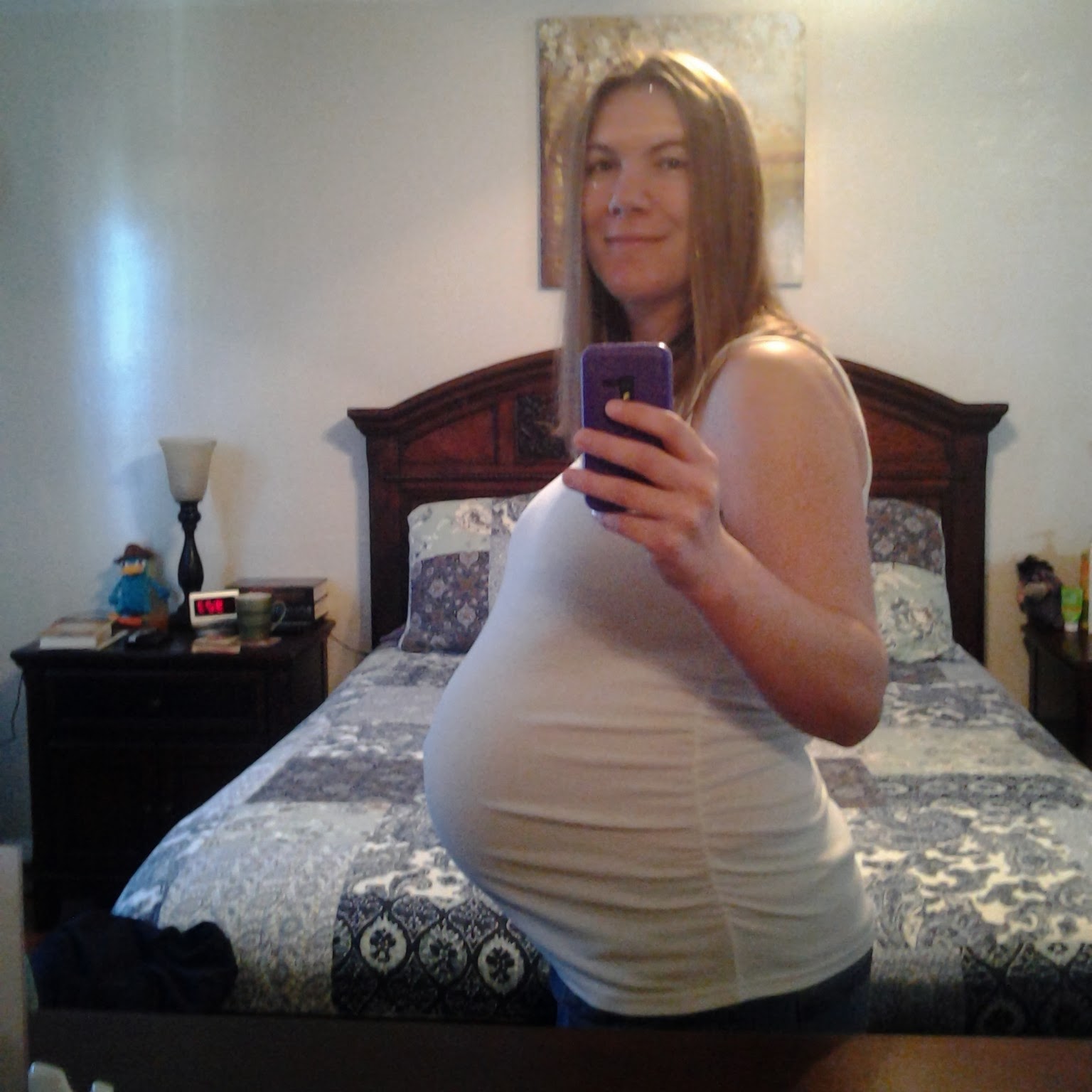 And so far I've lost 32 of it. I haven't really worked that hard at it which is why I haven't lost more. I was hoping that it would just miraculously fall off but it didn't. So my goal this year is to lose the other 23 pounds plus 10 more. That should get me back to the weight I was when we got married. So my goal is to do a weekly update until I get there. Maybe if I'm telling the world I'll really be strict with my eating and actually lose the weight!

Obviously the main way to lose weight is to eat less calories than you burn. By doing that you lose weight because your body starts burning stored fat. Or at least that's what I read all the time. When I put it into practice it seems so much harder! ;-) So the plan here is a nutritious diet(lots of veggies and fruit) is the easiest way to lose weight. I'm very certain that there is no "miracle" pill that can be taken. If there was everyone would be skinny. But that being said...

Since I'm selling Nature's Sunshine products now I've decided to try some of their Weight Management Supplements. Again I'm not expecting miraculous results. I'd like to think that it'll help me burn a few more calories/keep me full longer but time will tell...

So for the next two weeks I'll be having Love and Peas meal replacement shake for breakfast.

Yes, I've already tried it and I'll be honest and say that no I do not like it. I read reviews from people who said how good it tasted. I don't think I'm the meal replacement shake kinda girl. After this I think I'll stick with a bowl of oatmeal. ;-)

I also have Carbo Grabbers. They are supposed to do the following: 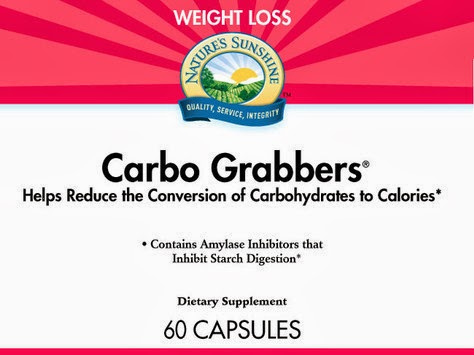 And lastly Stixated. This I've already tried as well and it doesn't taste to bad. I could drink it daily without any problems. I'll be drinking this in the afternoons which will hopefully keep the munchies away! It is supposed to: 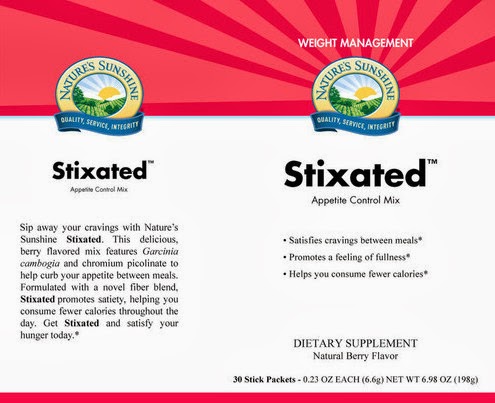