Disney Bound Day One - Flying with a Toddler 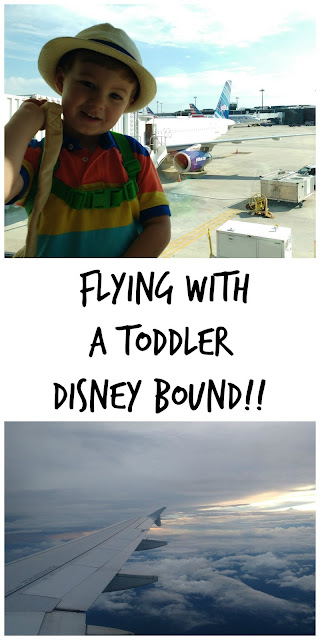 Our Disney adventure was back in the beginning  of September 2016 and it just dawned on me that I never blogged about it. So here goes nothing... there are a week of Disney pictures  coming to you over the next several posts!!

A HUGE part of me was worried about flying with Levi. Sure it's the easiest way to get to Disney and driving would be brutal. Levi has never been the worlds greatest traveler so thinking about getting to an airport early, maneuvering through the lines only to then confine him to one seat for several hours was a bit nerve wracking. However once we got on the plane I was pleasantly surprised with how well he did. It still felt stressful to me because I was worried about disturbing other passengers but I don't think any one else really noticed him...

Our excited for Disney face! 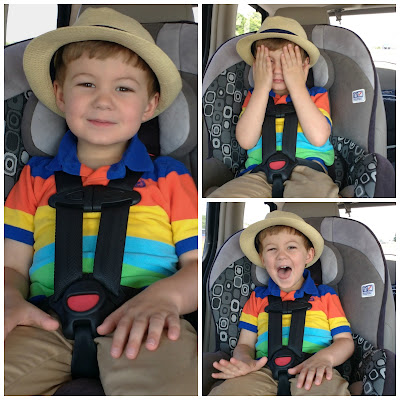 What do you do with a small child at an airport? Important things... like eat donuts!! 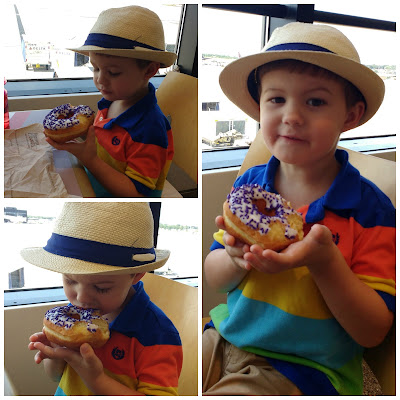 Just hanging out waiting for our plane. 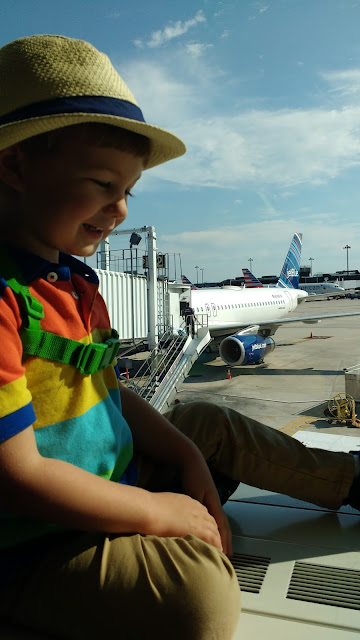 Things to do on the plane? Push buttons, push the window
shade up and down, and make silly faces at Mommy. 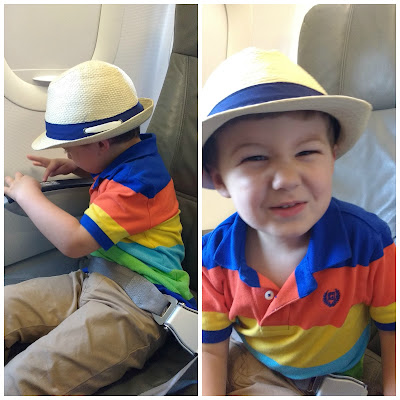 What does a child do for several hours on a plane? I would say watch T.V. but really there
wasn't anything on to watch and I didn't have headphones for him so silent T.V. gets old
pretty quick. I packed several activities for Levi that were distracting and helped pass the time.
And of course there has the ever so magical cell phone. 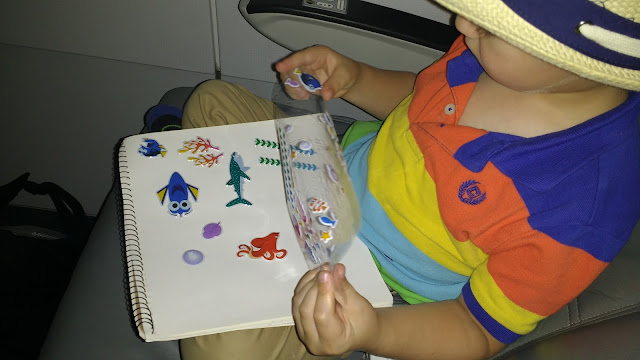 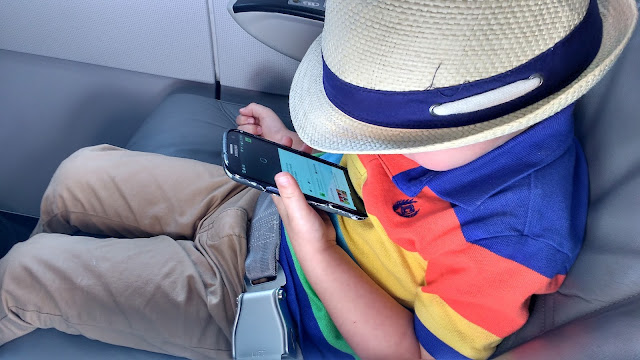 Someone is getting mighty comfortable!! I was hoping for a nap but that doesn't
normally happen and this week was no exception to the no nap rule... 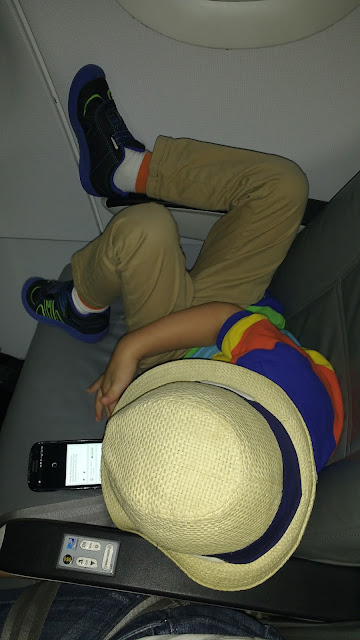 I finally got my way and had him put the window shade up.
I love the view from an airplane. Really that's the only part of flying I like.
I neglected to mention that we flew Jet Blue and thought they were fantastic! 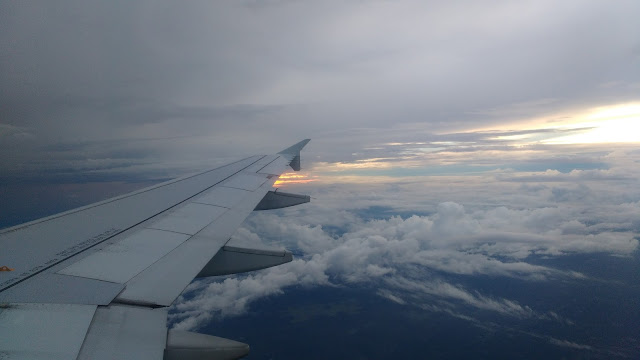 There is nothing like finally getting to your destination. I was tired and just
wanted to get to our room so I didn't get any pictures between the plane and getting to our Disney room. Once the Magical Express dropped us off we found our room, found some food (oh it was so
crazy insane there the first night you could barely move!!) and then we crashed in the hotel
room and relaxed getting ready for our busy week of Disney fun!! 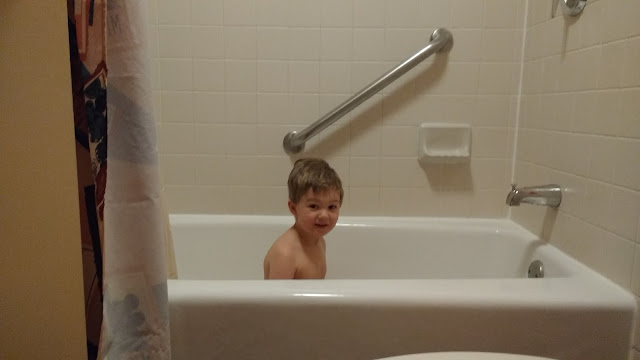