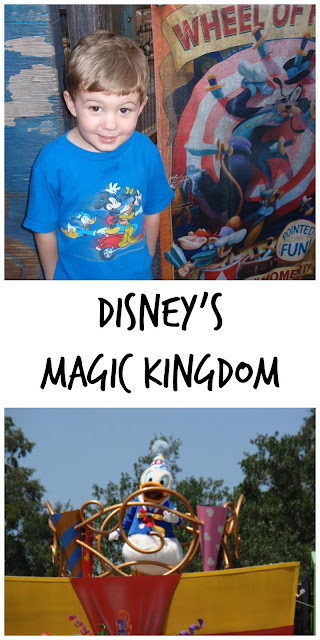 When you go to Disney in September be prepared, it will be HOT!! We decided to spend our first day at Magic Kingdom since it's most toddler friendly. We spent the day riding rides and learning the layout of the land.

Levi's first ride at Magic Kingdom was The Magic Carpets of Aladdin. It had actually started to rain a little bit but we stayed in line and eventually it stopped. As hot as it was the rain actually felt good! 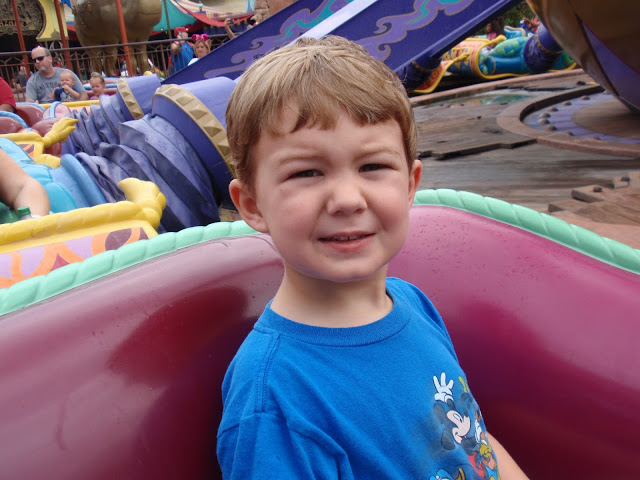 Our first stop to eat was at Pecos Bill Tall Tale Inn and Cafe.
Levi tried some churros(didn't like them)! 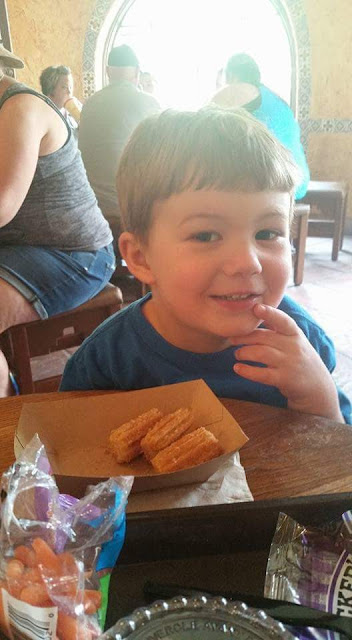 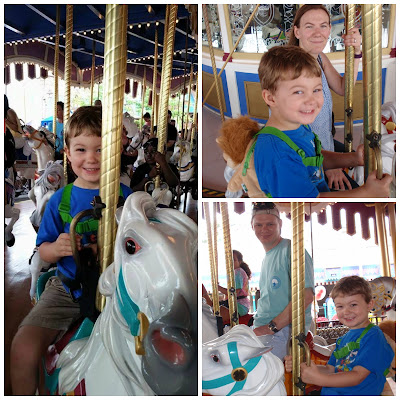 A parade that we caught several times through out the
week and Levi enjoyed watching it every time! 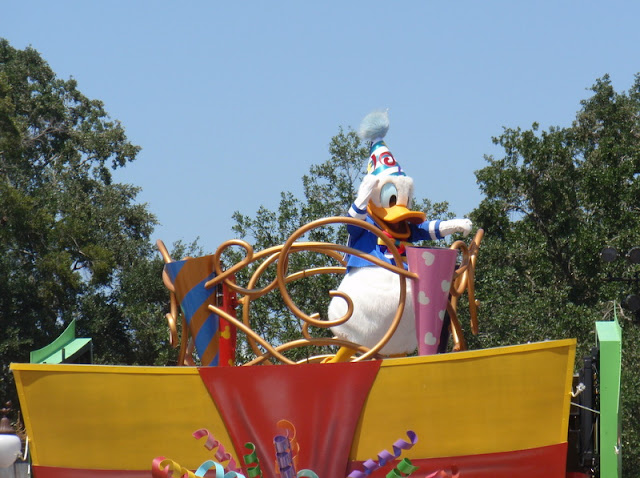 First character meet and greet. Levi was SO HAPPY to see Donald!! 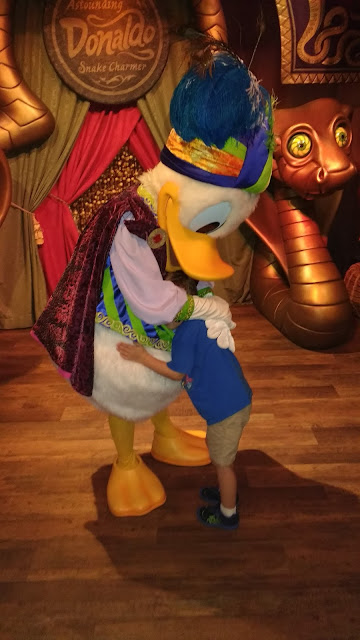 One of Levi's favorite roller coasters - The Barnstormer!! 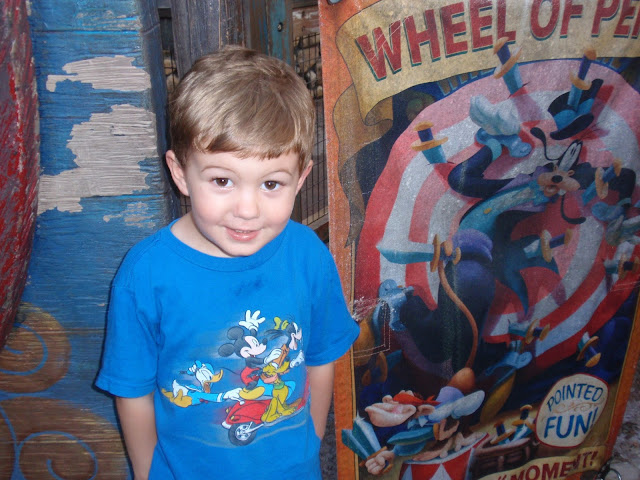 Our first official sit down meal at Disney was at Tony's.
We loved it and actually ended up going back later in the week...
Per Mike's facebook picture "We enjoyed supper at Tony's. The Tramp had good taste in food..." 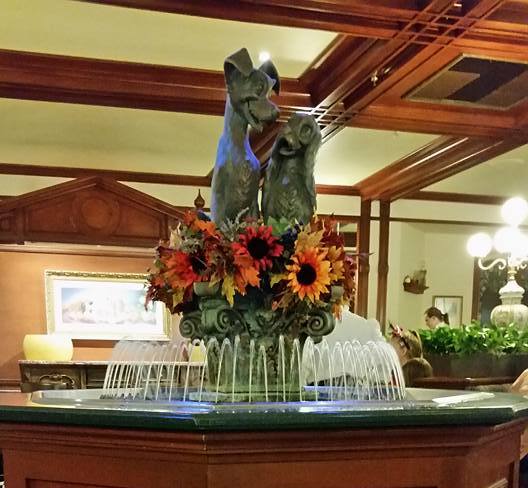 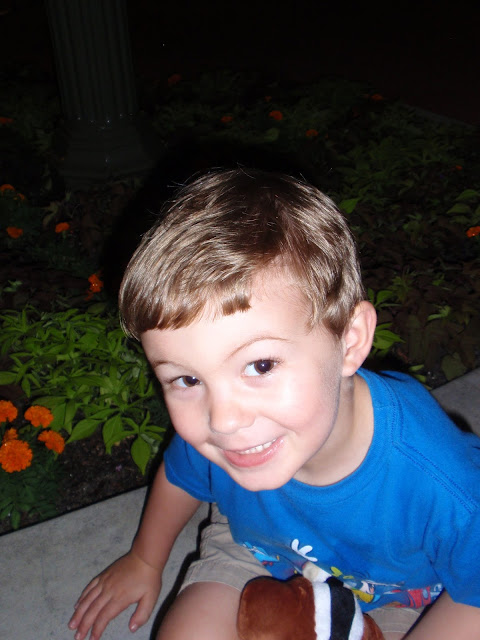 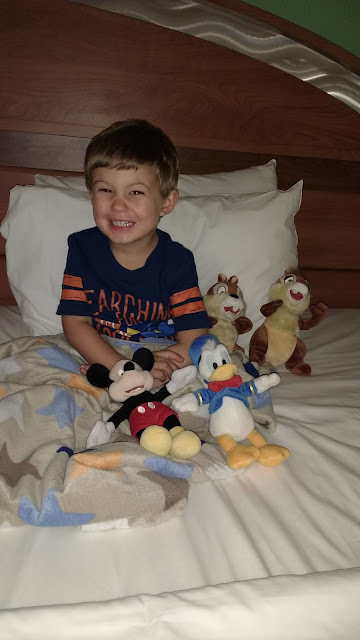