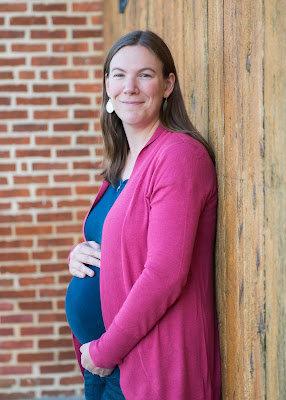 PREGNANCY was normal. Aside from some mild hypertension things were smooth sailing. Sure there was the normal morning sickness which wasn't as bad as what I had with Levi, it just lasted a little longer. We were excited to be having a girl! A couple of times towards the end of pregnancy I went to the hospital to have my blood pressure monitored but it and my lab work was normal every time. Because they were concerned about pre-eclampsia we finally decided to go ahead with an induction on the eve of my due date. Tuesday evening I was feeling crampy and by Wednesday morning (January 13, 2016) at 1:30 in the morning I knew that contractions had indeed started. They were about 3 minutes about for over an hour so we decided to go to the hospital. I was "barely" 3 centimeters which was a little disappointing but I wasn't surprised. I was admitted to the hospital and we decided to do laps for awhile in hopes of speeding things up. After awhile we were dizzy from walking in circles around labor and delivery and headed back to our room. I sat on the birth ball for awhile debating on if I wanted an epidural or not. I wasn't progressing very quickly and because I had a c-section with Levi I decided to get an epidural just in case I ended up back in the operating room. I wanted to be awake for my baby's birth. So we went ahead and proceeded with a epidural. It was a relief not to feel the contractions anymore and to be able to rest for awhile. Baby and I were both doing fine. Then I started getting nauseous and thought I was going to throw up (and I did several times after I started pushing). They said people often get nauseous during the transition period of labor so the midwife checked and I was 10 cm. Time to start pushing! I never made it this far with Levi's labor so I was exited - my vbac was actually happening. An hour and a half later I was still pushing and I believe at that point there were some concerns about the baby. The Dr came in for me to push one more time to see if using the vacuum was an option, however her head was still up to high. So away we went for a c-section. My epidural had worn off at that point and I was in excruciating pain while they were getting me prepped for the c-section. I'm pretty sure I was moaning something awful and I actually couldn't wait for them to put me under the general anesthesia.

AND then I woke up. Woke up to find out that things didn't go well. That when Abby was born her heart wasn't beating and she wasn't breathing. That she was soon going to be on her way to the NICU at York Hospital for 72 hours on a cooling blanket to see if they could minimize potential brain damage. I didn't get to hold her, I barely got to see her before she was whisked away. 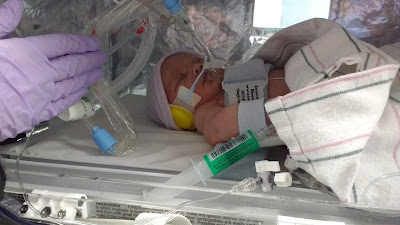 
It's strange how it already feels like it's been forever since I've held my baby girl. Since I've given her kisses. But tomorrow is only two weeks since she passed away. 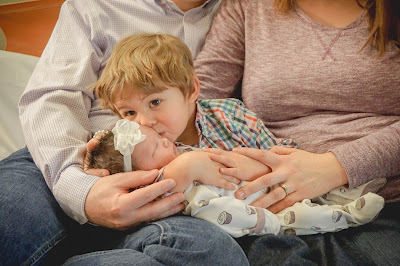 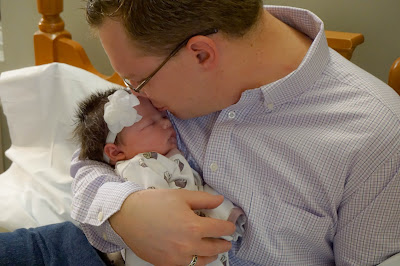 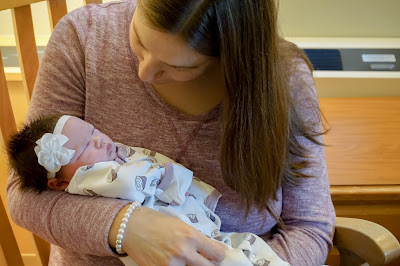 Do I still cry? Absolutely. Some days I can think of my baby girl and smile. Other days tears just won't stop flowing. There will always be a part of me missing. But there is still joy. Joy that we got to meet our little girl, hold her and kiss her and tell her how much we loved her. Joy that even know we'd rather have her here with us that she is in a far better place -  heaven with Jesus. And that someday we will join her! As the verse in Psalm says... 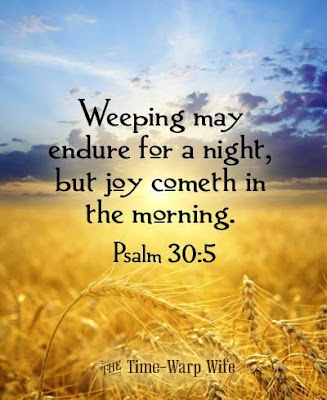